Holbox is located north of the Yucatan Peninsula, on the east end. It is a picturesque Caribbean island, rustic , simple with  friendly people . Its streets are built  with  sand, the pristine white sand beaches and palm trees are beautiful,  the  ocean has different hues between blue and emerald green. On the beaches abound all kinds of birds such as gulls, pelicans , and flamingos in some areas.

In the north hotel zone there are luxury  hotels  bungalow style and  other hotels mexican style  simple and inexpensive.

Cancun airplane tours offers you the opportunity to explore the island of Holbox by plane departing from  Cancun, Playa del Carmen or Cozumel in a comfortable 8 hour  tour.

In your approach to the island before landing you can enjoy the beautiful aerial views of Holbox, the blue sea and beautiful beaches. In the descent to the airport you can admire the beautiful unspoilt beaches and secluded in the west side of the island

The landing at the airport of Holbox is like any adventure , the airstrip is built with  land and the waiting room is a bungalow with chairs and tables.

On your arrival at Holbox airport you  will be picked by our staff to take a boat ride along the three main places to visit on the island.

The first is the island of passion, in the extreme west, where admire these incredible pristine beaches and in certain periods of the year to flamingos.

Then the boat will head to yalahao cenote at the end of the mainland, which is an open one eye natural water cenote. Here you can swim  in its waters and climb to the observatory to see the sights of the place.

After this stop we will visit bird island is a sanctuary for wild birds that can be admired from its wooden observatory.

Later we will  return to the island to eat at the restaurant Zarabanda is one of the oldest and most picturesque, fresh sea  food,  salads accompanied by your favorite drinks.
Then have 1 hour free to walk around the center of the island and view the picturesque houses, shops and friendly people.

After the free time you will go by your own to Holbox airport  to depart at the time scheduled.

This adventure without a doubt is one of the most recommended while visiting the Mexican Caribbean , especially because it's a different tour, only for those who love nature and want to meet a nice and quiet island.

All tourists who had taken  the Holbox Island Tour by Airplane | Cancun Airplane Tours return  fascinated  and recommend this tour a lot.

The tour includes:
Air transportation to holbox round trip in a cessna plane
Tour of the 3 islands by boat
Meal and 2 drinks per person
Airport taxes and insurances 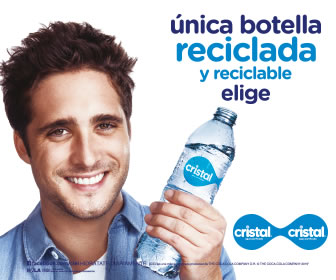